The government is discussing the ways to help the consumers demand in the economy, with being the possibility of providing salary support of Rs. 1 Lakh Crore over the next 3 years to Micro, Small and Medium Enterprises (MSMEs) which employ a certain minimum number of employees, as a way to boost demand in the economy.

“This is one way to boost the demand in the economy which has been suffering,” a senior government official told the press. At present, there are close to 6 crore MSMEs in the country and they form the backbone of the economy, the official said. The official added that a minimum number of employees hired by the unit could serve as selection criteria and the support could be extended for up to three years. 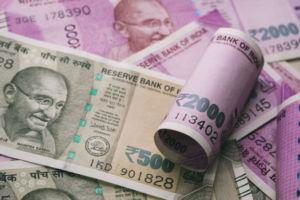 MSMEs have been at the core of the financial package of the Modi Government, which was announced in May. The announcement made as a Rs. 3 lakh Crore Rupees Emergency Credit Line Guarantee Scheme (ECGS) under which there is 100 % guarantee coverage will be provided by the National Credit Guarantee Trustee Company for additional funding of up to Rs. 3 lakh crore to eligible MSME’s and the interested Micro Units Development and Refinance Agency (MUDRA) borrowers in the form of a Guaranteed Emergency Credit Line (GECL) facility.

Drawing parallels with Prime Minister Narendra Modi’s call for ‘Aatmanirbhar Bharat’, Union Finance Minister Nirmala Sitharaman on 1 June 2020 announced measures focused on ‘Getting Back to Work’ i.e., enabling employees and employers, businesses, especially Micro, Small and Medium Enterprises (MSMEs), to get back to production and workers to get back to gainful employment. Efforts to strengthen Non-Banking Finance Institutions (NBFCs), Housing Finance Companies (HFCs), Micro Finance sector, and Power sector were also unfolded. Other than this, the tax relief to business, relief from contractual commitments to contractors in public procurement, and compliance relief to the Real Estate sector were also covered.

Small businesses— both industrial and services— play an extremely important role in meeting the consumption demands of final consumers and supplying intermediate goods to large businesses. There are an estimated eight crore small businesses in the country. These small businesses, or the Micro, Small and Medium Enterprises (MSMEs), employ about 15 crore workers.

After the Pradhan Mantri Garib Kalyan Yojana (PMGKY) launched early in the lockdown to protect 80-crore of the most vulnerable citizens, the government has announced the Aatma Nirbhar Bharat Abhiyan (ANBA) — an Rs 20 lakh crore package combining reforms, and monetary and fiscal measures to make India self-reliant