How To Deal With A Non-Cooperative Team? 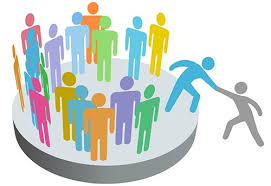 How To Deal With A Non-Cooperative Team

All organisations become robust and efficient with the contribution of every employee. When a team is a non-cooperative, it affects the productivity of work and also distracts direction of achieving the target. It is the responsibility of a leader to unite its team and understand their expectations too.

Non-cooperative team means a group of person or a person in a group don’t adhere to rules and refuse to work according to instructions. It creates non-cohesiveness and affects both formal and informal relations among the team and team leader. It also leads to non-achievement of commitments, lack of communication and flexibility.

Sometimes we judge a person in one glance but, maybe it is not right. When a person or group of person neglecting to work in unity, it can be because of a genuine reason.  Now a team leader should look over the situation and provide a solution to it. A famous comic The Avengers delivers a great lesson on the importance of teamwork.

Captain America, Thor, The Hulk and Iron Man plays different roles but work in unity despite different opinions. Both Captain America and Iron Man have a distinct vision to see the world. They both kept aside their opinion clashes because they know the value put by them in the team. Maintaining a bond of five different individuals to work with coordination by keeping aside personal ego, disagreements is not one day game.

After reading a short message delivered by Marvel here are few steps on dealing with the non-cooperative team.

a) Take the responsibility and accept the problem in your team is affecting the environment.

b) Talk with the team or with a person who is resisting to cooperate. Understand and listen to them properly instead of directly blaming them.

c) When they approach you with idea respect it, instead of lashing out and making them feel inferior to you.

d) Motivate them when you see them worried and distract.

e) Appreciate them even on small achievement.

f) Tell them goals or target and value of their role into this.

g) Delegate them few responsibilities and keep them away from issue troubling them or from a person who irritates.

h) Train your team member that how to deal with a change.

i) Don’t assume reason and react at the moment. Take time before responding.

j) You may hire a specific person to deal with conflicts.

Things take time to come back to normal. But without putting efforts to understand the reason behind conflicts, we cannot reach to a clarification. Yes, when more than one person works together, there are certain possibilities of opinion differences. Not all are same neither their pattern of working is.

Non-cooperation is not a new problem. But a company cannot grow without coordination and cooperation of all. It also gives the wrong message to the competitors, so it is always better to resolve them before its too late to look over it.